The Musical Goals are

The cultural-political aspiration evolves from the observation that the world’s population is now rapidly converging to a few very large mega-cities, where more and more economical and political power is concentrated, while the rest of the world becomes increasingly impoverished and marginalized.

By means of church bells we wish for Sweden, Europe and the rest of the world hear and understand that “small” and marginalized places, like the island of Gotland, can also have a large and powerful voice. 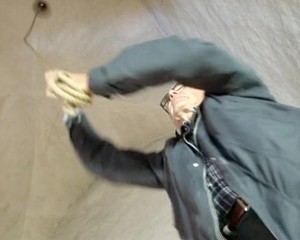 The existential goals draw on the communicative purposes and power that church bells have provided since the first days of Christianity. Via church bells, A Very Large Concert aspires to communicate with a congregation of islanders, and visitors; to call them together and mark a phase in the flow of time and life; to create an atmosphere that will tune them together and turn their collective attention to common social and spiritual matters; and to encourage them, at least for a short while, to consider their present predicament and likely future in a social, economical and geographical fringe of the globalized world.

The technical goal is to develop and test new technology for live broadcasts of large complex events. The idea is to bring together Radio Sweden, Ericsson and telecom operators like Telia and Tele2, to contribute to the production of technical systems for broadcasting via smart phones over the 4G-network that can be used by broadcasting companies for many different purposes.

The scientific aim is to provide empirical data for the research program ”Islands and islanders” at Gotland University, concerning an island society’s social and cultural resources, and under what conditions they can be localized and activated. An empirical observation is that islands like Gotland with a relatively small population tend to develop a strong regional identity and strong regional networks that provide them access to unusually rich social, cultural and technical resources.

A Very Large Concert is a project that attempts to test the scope, strength and complexity of these networks and resources, by recruiting the participation of a large number of islanders with high and specialized competence: musicians, composers, researchers, bell-ringers, radio producers, technical engineers, IT-specialists, organizers, film makers etc.