«Klockrent – A Very Large Concert» is the winning entry in the 2014 Prix Italia, in the Radio Music – Composed Work category!

The motivation from the jury:

More than 200 church bells in function! The largest island of Sweden has been transformed into a live concert hall, allowing the radio listeners to hear all the bells of Gotland performing together. A musical, technological and social experience, exploring many possibilities of contemporary interactivity.

This piece combines the use of smartphones and apps to record and broadcast a pioneer initiative, a 3 movement concerto created by 3 composers. We highly appreciate the chosen instruments, because bells evoke traditions, memories and emotions shared throughout history.

The structure of the work mirrors both the community and the individual human being through big “tutti” sounds and a poetic central movement played on a single carillon. An incredible project that puts a classical radio station in the center of a national contemporary music experiment, increasing its image and popularity into the largest possible audience. 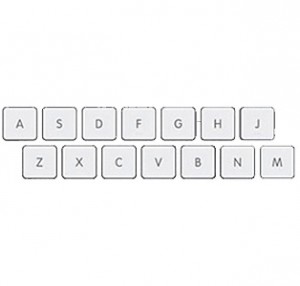 Play two octaves with the true sound from the church bells of Gotland.

(unfortunately not functioning in Firefox browsers)

The sound of A Very Large Concert will be recorded and transmitted by smartphones, using the 4G network, to a hub at Swedish Radio, were all the bells will be mixed and broadcasted live over Sweden and Europe, and via Internet to the rest of the world.

More than 100 ringers will participate, together with approx. 150 volunteers, and a staff of technicians.

A Very Large Concert will be broadcasted live by Swedish Radio, and transmitted to Europe through EBU (European Broadcasting Union).

The orchestra – more than 250 ringers and volunteers. The instrument – all the churchbells in Gotland, well over 200 in total.

A unique live performance that will be broadcasted live by Swedish Radio over Sweden, Europe, and via Internet to the whole world.

The island of Gotland, in the Baltic Sea, probably has the world’s greatest density of churches, of which around one hundred are of medieval origin. Most churches have one or two bells, some have three or more. A Very Large Concert will use all the church bells in the island, well over 200, as if they were one instrument, presumably the world’ largest. The musical tone of every bell have been meticulously measured and different ways of playing on them has been practiced.

On June 8th, 2013, all the bells will perform together as a single musical instrument, most likely the world’s largest ever, in a concert specially written by prominent Swedish composers for this special occasion. More than 100 ringers will participate, together with approx. 150 volunteers, and a staff of technicians.

The sound will be recorded and transmitted by smart phones, using the 4G network, to a hub at Radio Sweden, were all the bells will be mixed and broadcast live over Sweden and Europe, and via Internet to the rest of the world. An accompanying documentary film will be produced by a Swedish film-maker, and presented to Swedish Television.

Map of the medieval churches in Gotland