June 8, 2013 at 11 am – a calm and beautiful day – A Very Large Concert will be performed. The stage – the island of Gotland. The orchestra – more than 250 ringers and volunteers. The instrument – all the church bells in Gotland, well over 200 in total.

A unique live performance broadcast live by Swedish Radio over Sweden, Europe, and via Internet over the whole world. 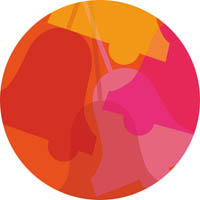